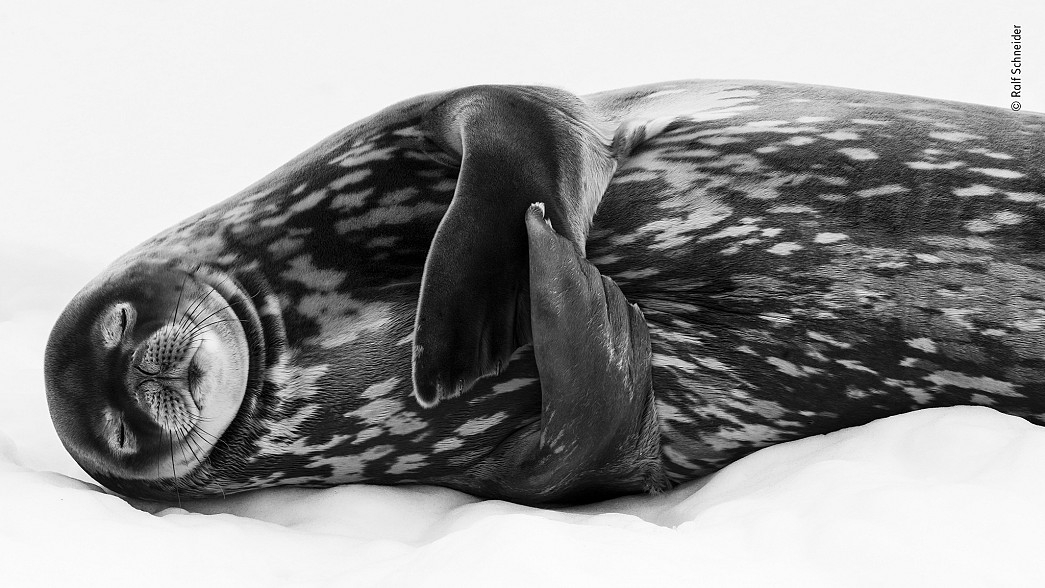 Sleeping like a Weddell by Ralf Schneider. Hugging its flippers tight to its body, the Weddell seal closed its eyes and appeared to fall into a deep sleep. Lying on fast ice (ice attached to land) off Larsen Harbour, South Georgia, it was relatively safe from its predators –killer whales and leopard seals –and so could completely relax and digest.

A sleeping seal, a zombie beetle and a tragic turtle are just some of the captivating and emotive images from the Natural History Museum's Wildlife Photographer of the Year competition, which is now in its fifty-fifth year.

The Natural History Museum's Wildlife Photographer of the Year showcases the world's best nature photography and photojournalism. Through their ability to inspire curiosity and wonder, the 100 images showcase wildlife photography as an art form and challenge us to consider both our place in the natural world and our responsibility to protect it.

Among the newly revealed Highly Commended images is a black-and-white photograph of a Weddell seal by German photographer Ralf Schneider, described by Chair of the jury Roz Kidman Cox as 'a portrait of pure, relaxed bliss'.

Matthew Ware's disturbing image of a turtle fatally attached to a washed-up beach chair is a poignant reminder of the impact of waste ending up in the ocean.

Hailing from the Chinese province of Qinghai, Yongqing Bao has won the prestigious Wildlife Photographer of the Year 2019 title for his extraordinary image, The Moment, which frames the standoff between a Tibetan fox and a marmot, seemingly frozen in life-or-death deliberations. A powerful frame of both humour and horror, it captures the drama and intensity of nature.

Winning images are selected for their creativity, originality, technical excellence.

After the flagship exhibition opening at the competition's home, the Natural History Museum, the images will embark on a UK and international tour, bringing the beauty and fragility of the natural world to millions beyond London. 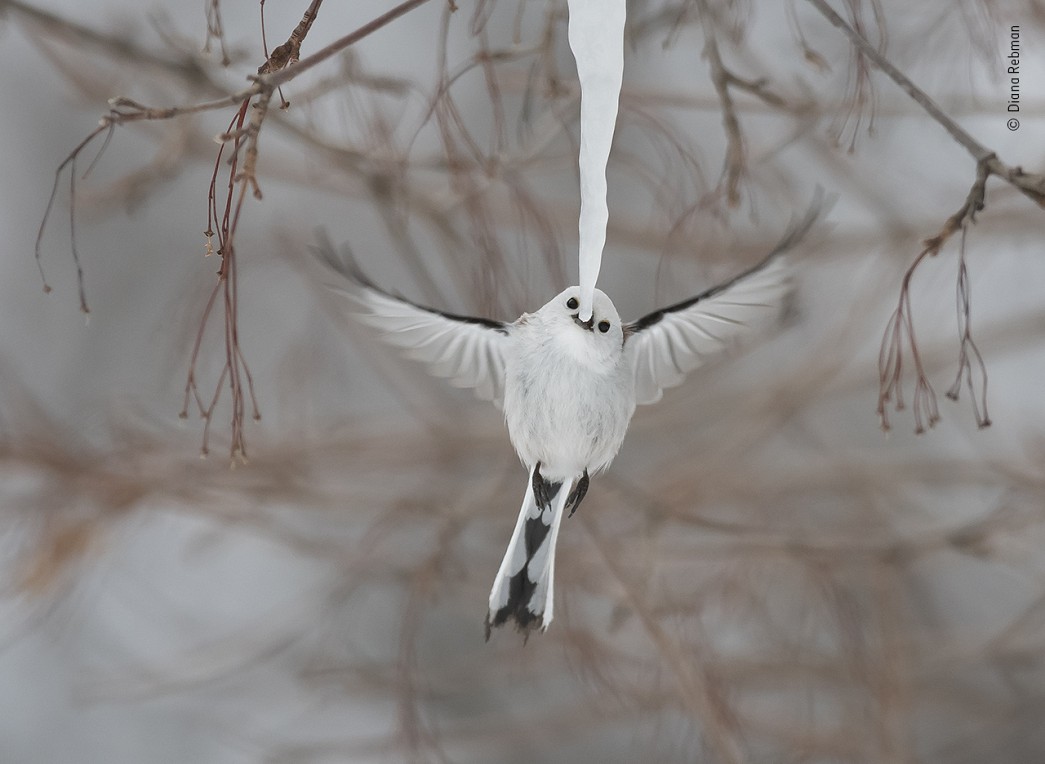 Cool drink by Diana Rebman, USA. On a bitterly cold morning on the Japanese island of Hokkaido, Diana came across a delightful scene.... 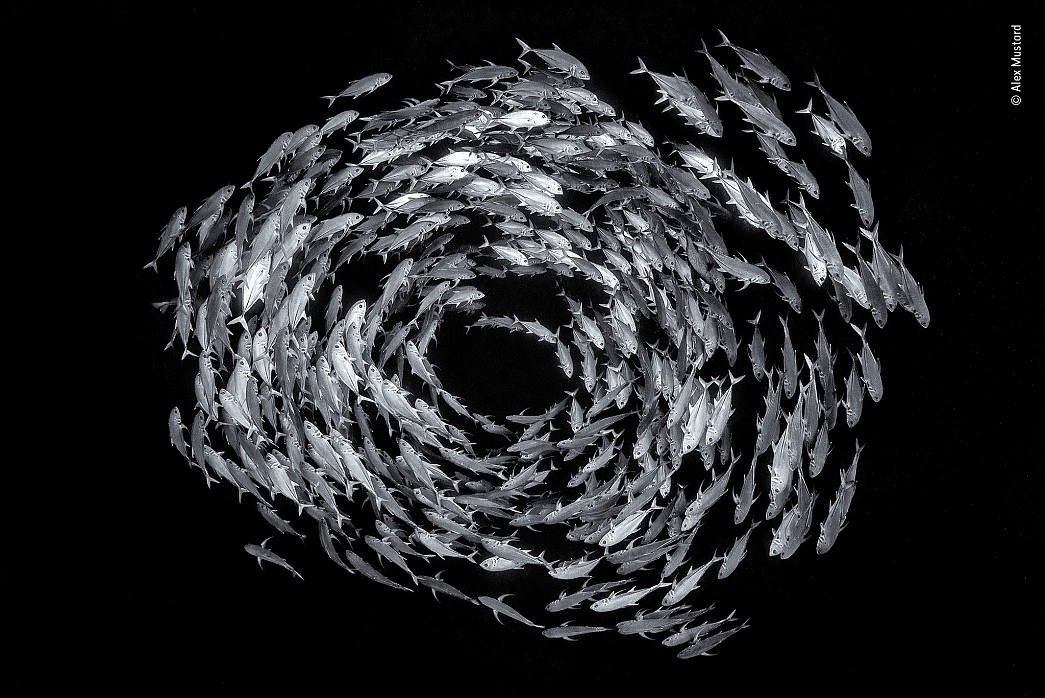 Circle of life by Alex Mustard, UK. In the clear water of the Red Sea, a shoal of bigeye trevally circle 25 metres (80feet)down at the edge... 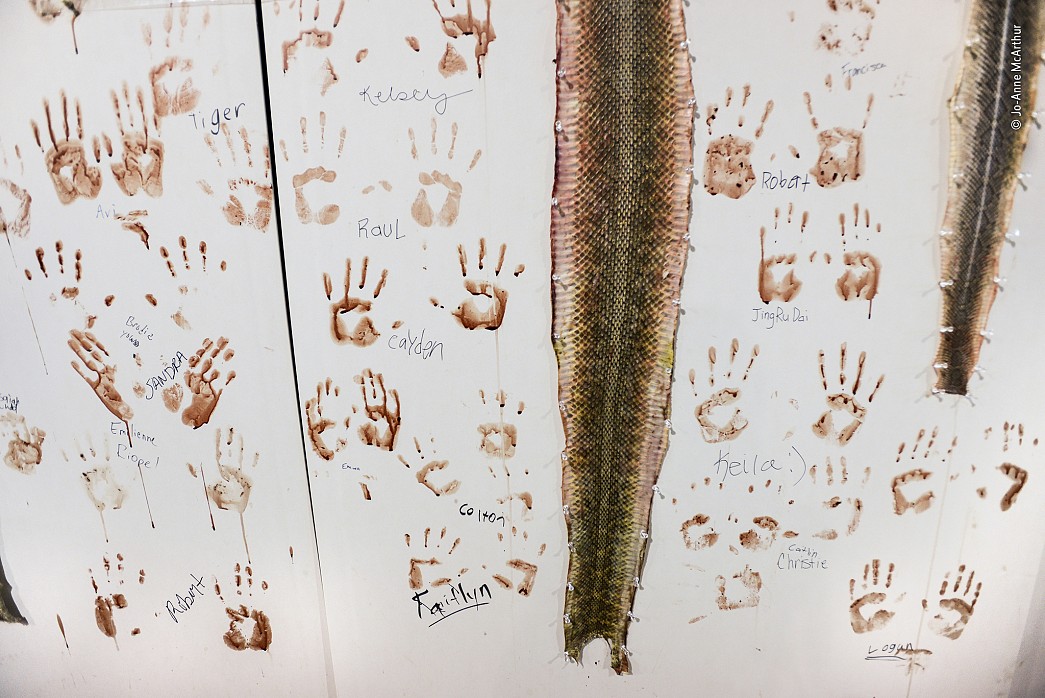 The wall of shame by Jo-Anne McArthur, Canada. Pinned to a white wall are the skins of rattlesnakes. Surrounding them are signed bloody...

Sleeping like a Weddell by Ralf Schneider. Hugging its flippers tight to its body, the Weddell seal closed its eyes and appeared to fall... 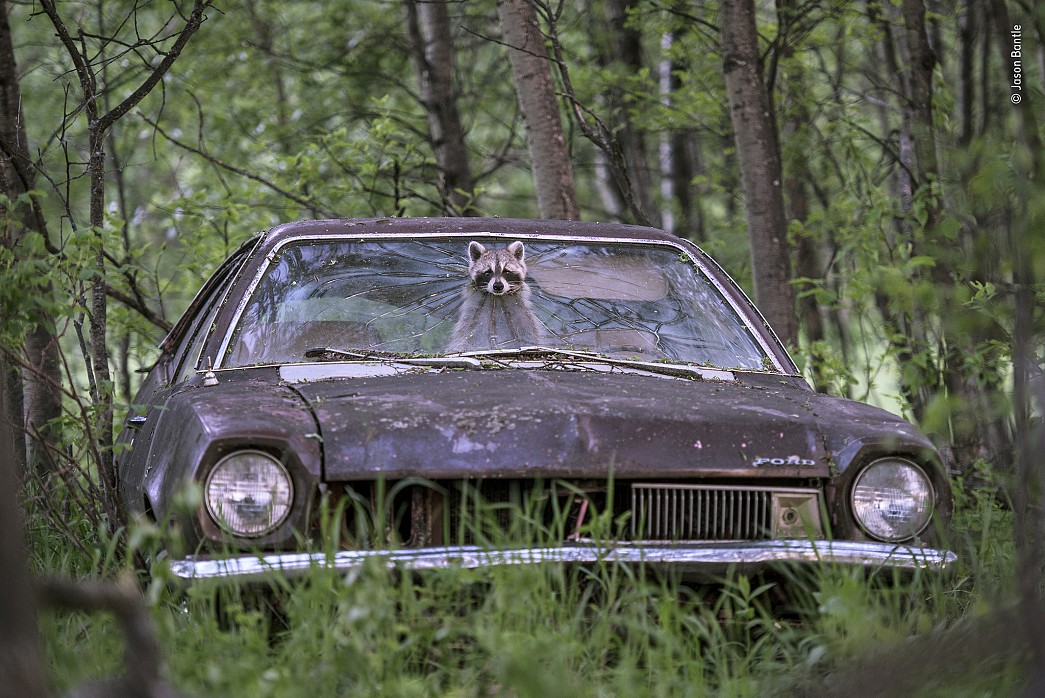 Lucky break by Jason Bantle, Canada. An ever-adaptable raccoon pokes her bandit-masked face out of a 1970s Ford Pinto on a deserted... 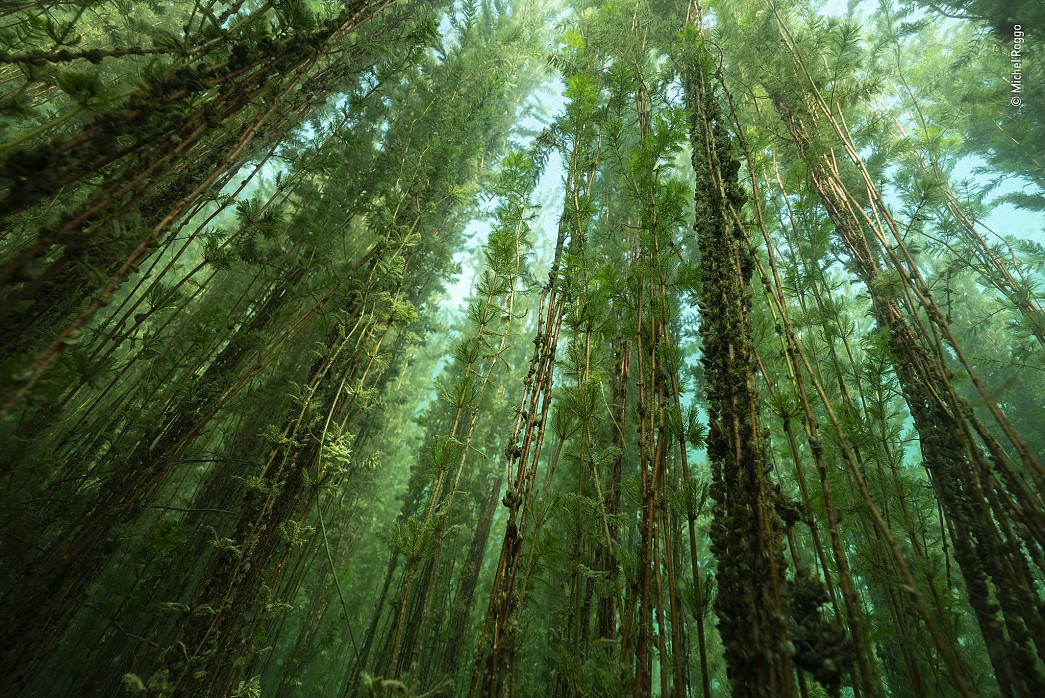 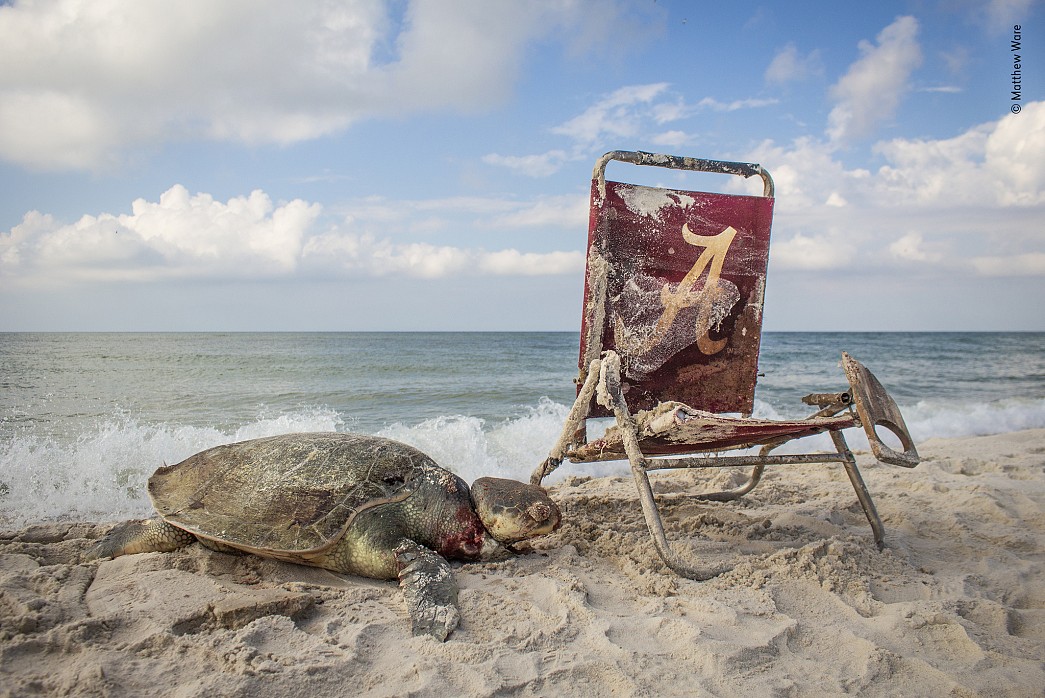 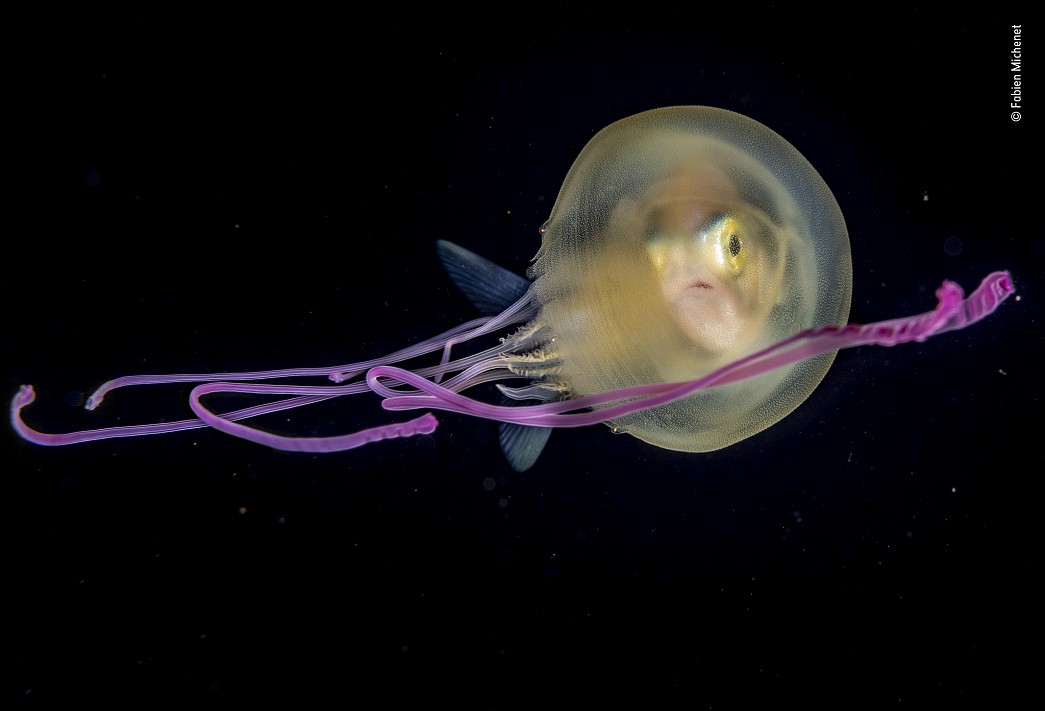 Jelly baby by Fabien Michenet, France. A juvenile jackfish peers out from inside a small jellyfish off Tahiti in French Polynesia....

The climbing dead by Frank Deschandol. On a night-time fieldtrip in the Peruvian Amazon rainforest, Frank spotted this bizarre-looking... 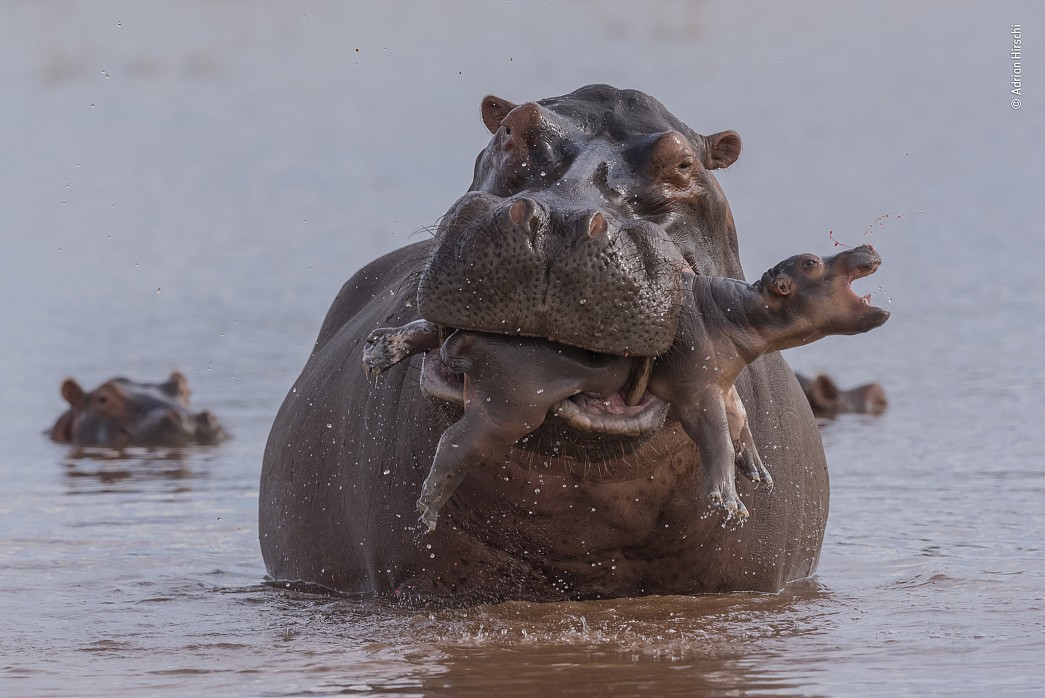 Last gasp by Adrian Hirschi, Switzerland. A newbornhippo, just days old, was keeping close to its mother in the shallows of Lake Kariba,... 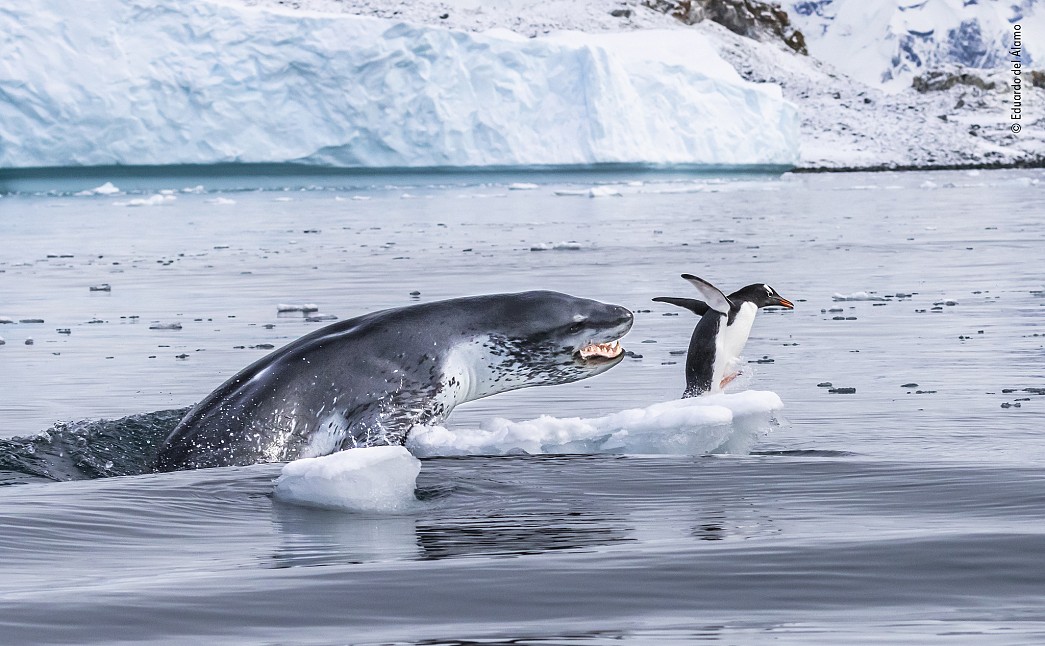 If penguins could fly by Eduardo Del Álamo, Spain. A gentoo penguin –the fastest underwater swimmer of all penguins –flees for its life... 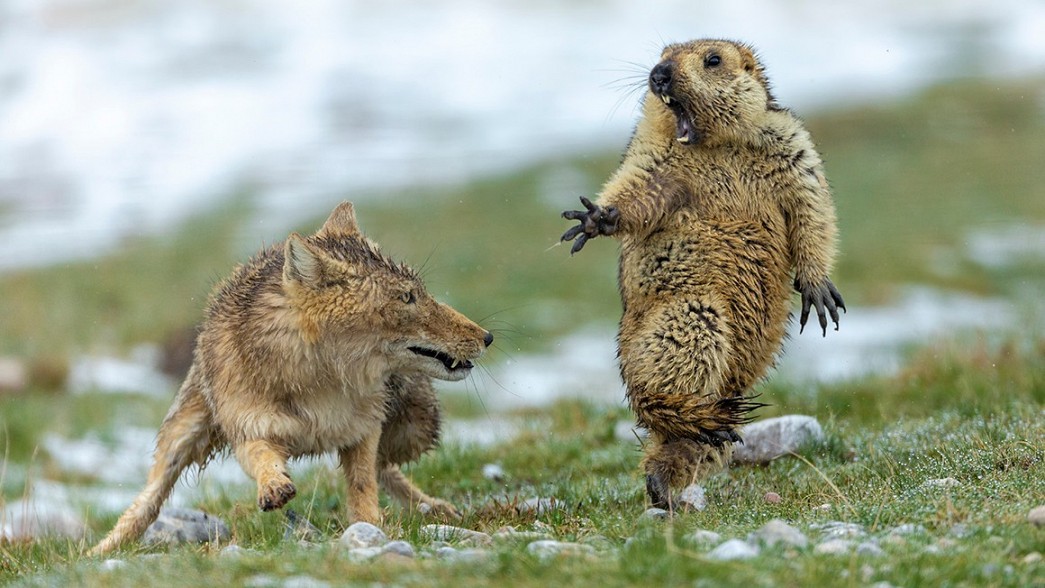 Hailing from the Chinese province of Qinghai, Yongqing Bao has won the prestigious Wildlife Photographer of the Year 2019 title for his extraordinary... 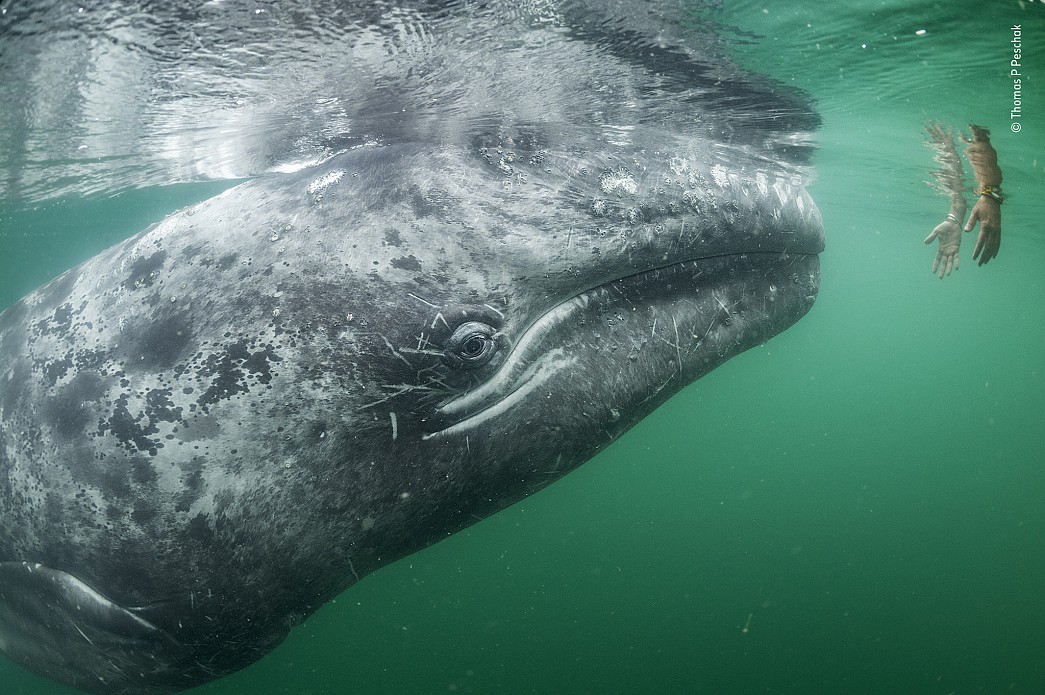 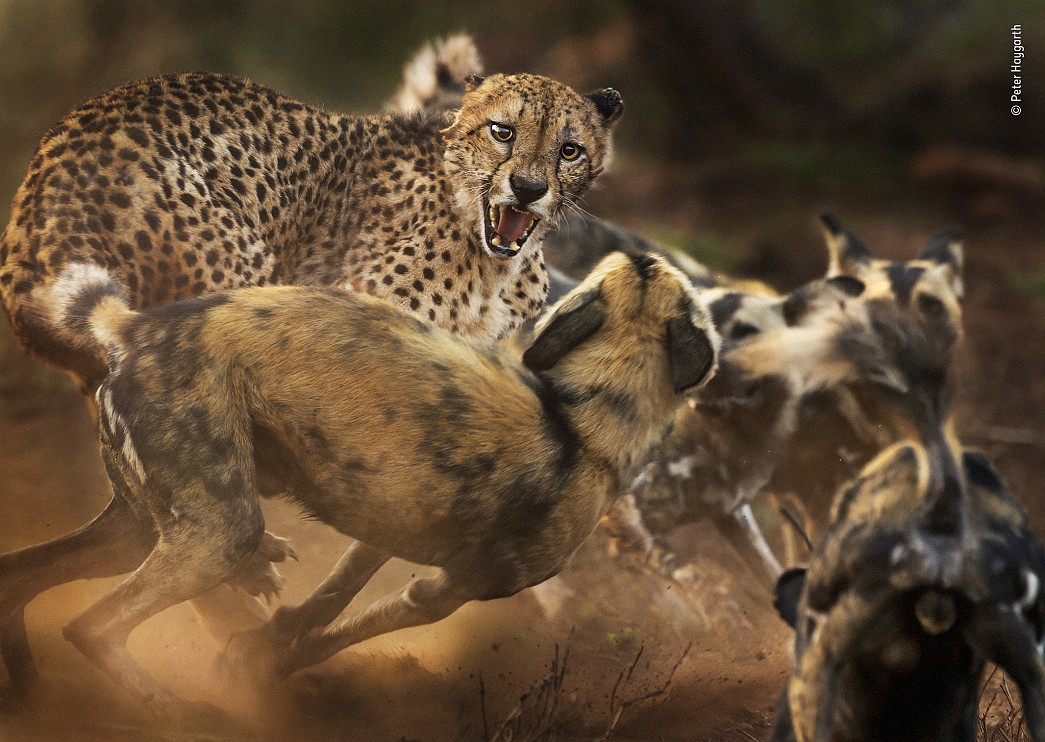 Big cat and dog spat by Peter Haygarth, UK. In a rare encounter, a lone male cheetah is set upon by a pack of African wilddogs.(Both... 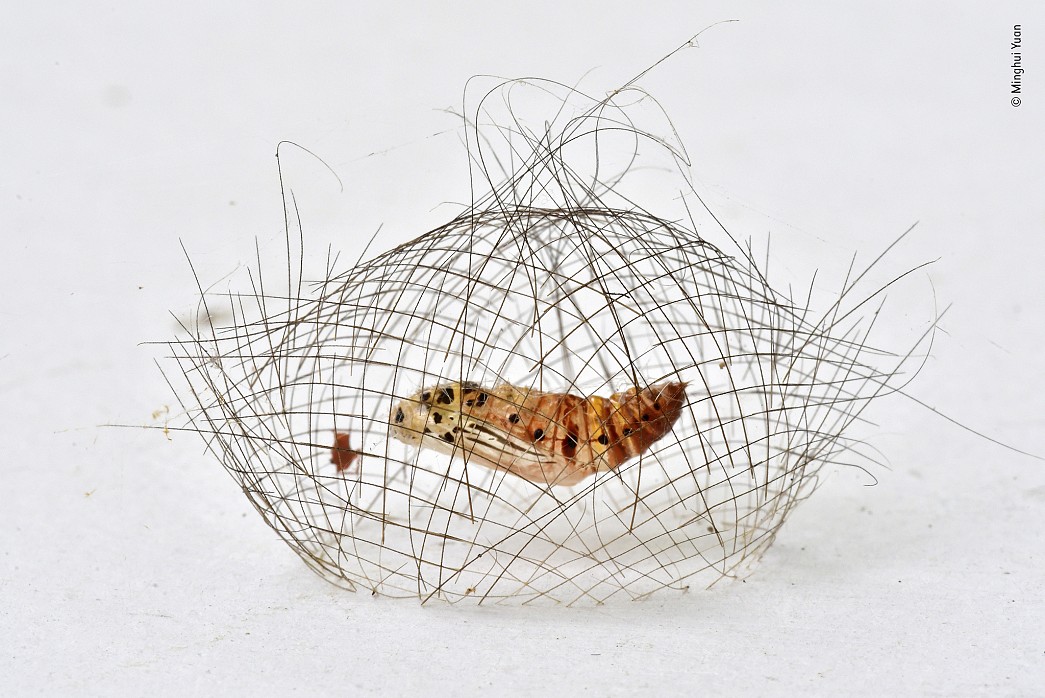 The hair-net cocoon by Minghui Yuan, China. Standing side-on to the wall of the WC, his face and camera pressed againstit, Minghui... 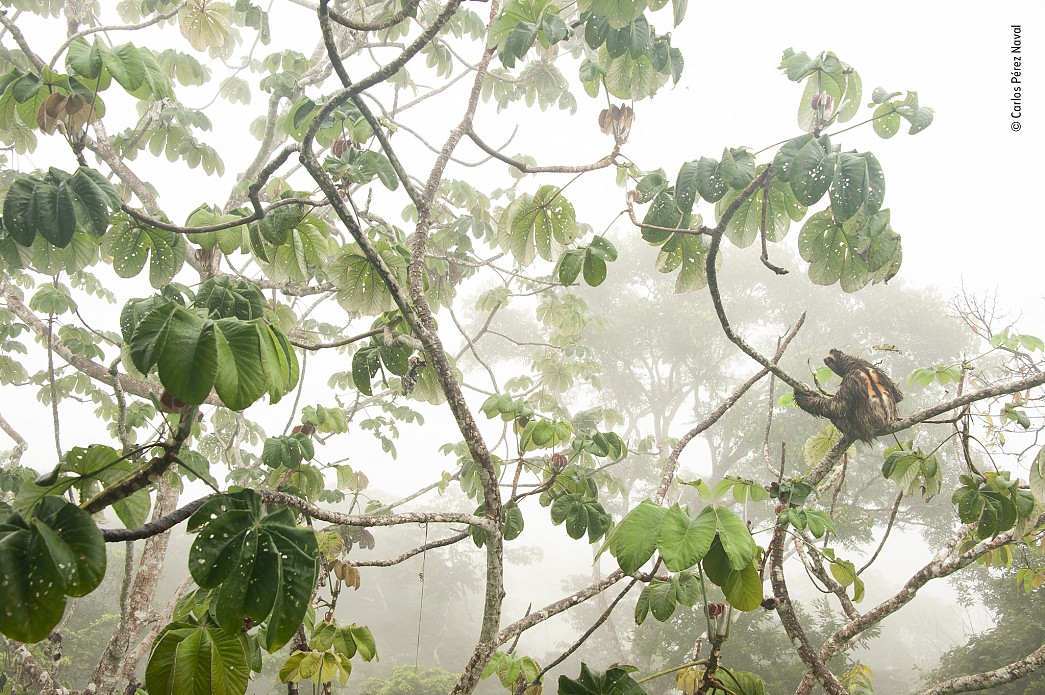 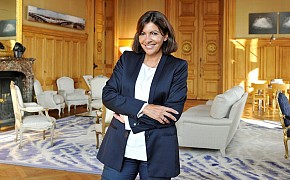 People WOMEN FASHION POWER From Elizabeth I to Margaret Thatcher, Coco Chanel to Lady Gaga, the clothes women wear have always been...