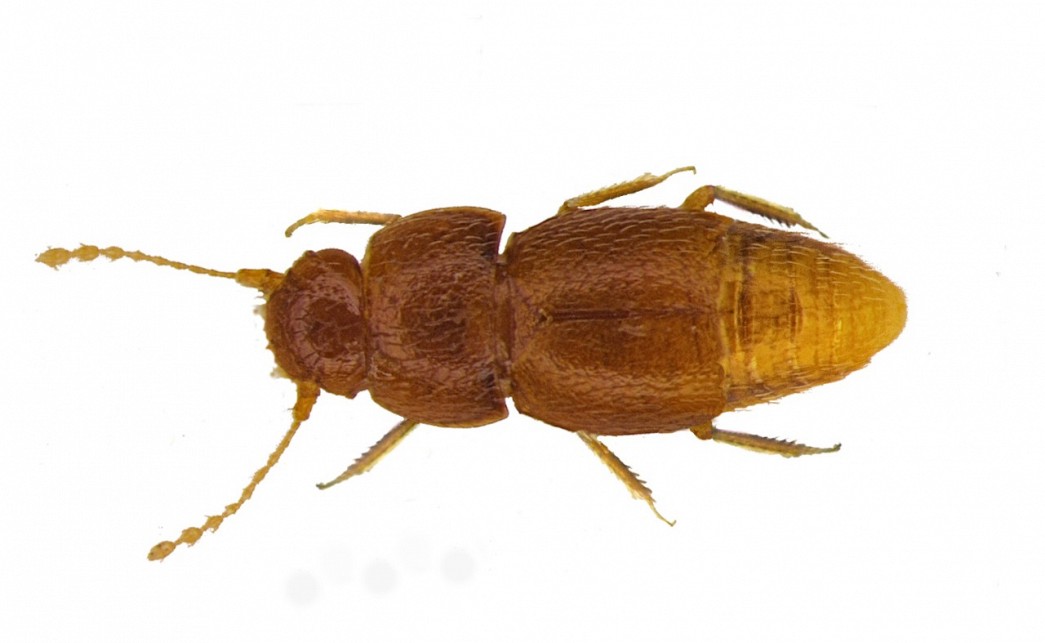 Nelloptodes gretae, which is less than 1mm long and has no eyes or wings, belongs to the Ptiliidae family of beetles which includes some of the smallest insects in the world.

A new species of beetle will be officially named today (Friday 25th October 2019) in honour of the environmental activist, Greta Thunberg.

Nelloptodes gretae, which is less than 1mm long and has no eyes or wings, belongs to the Ptiliidae family of beetles which includes some of the smallest insects in the world. The beetle was first collected in samples of soil and leaf litter from Nairobi, Kenya by Dr William C. Block in the 1960s. Dr Block’s collection was donated to the Natural History Museum, London in 1978.

Dr. Michael Darby, a Scientific Associate at the Natural History Museum, who has named the beetle, said: ‘I chose this name as I am immensely impressed with the work of this young campaigner and wanted to acknowledge her outstanding contribution in raising awareness of environmental issues.” The beetle was found by Dr Darby whilst studying in the Natural History Museum's Spirit Collection, which houses over 22 million animal specimens.

Dr Max Barclay, Senior Curator in Charge, Coleoptera at the Natural History Museum, said: “There are likely hundreds of exciting new species still to be discovered around the world as well as in the vast collections of the Natural History Museum.  The name of this beetle is particularly poignant since it is likely that undiscovered species are being lost all the time, before scientists have even named them, because of biodiversity loss  - so it is appropriate to name one of the newest discoveries after someone who has worked so hard to champion the natural world and protect vulnerable species".

The scientific description of the beetle is published today in The Entomologist’s Monthly Magazine. The editor, Andrew Wakeham-Dawson, said: “I am delighted that we have published a species name that acknowledges all that Greta and her supporters have done’.