~ I am grateful to be a woman. I must have done something great in another life ~

~ On Saturday afternoons when all the things are done in the house and there's no real work to be done, I play Bach and Chopin and turn it up real loudly and get a good bottle of chardonnay and sit out on my deck and look out at the garden ~

~ Timidity makes a person modest. It makes him or her say, 'I'm not worthy of being written up in the record of deeds in heaven or on earth.' Timidity keeps people from their good. They are afraid to say, 'Yes, I deserve it' ~

~ The sadness of the women's movement is that they don't allow the necessity of love. See, I don't personally trust any revolution where love is not allowed ~

~ My life has been one great big joke, a dance that's walked a song that's spoke, I laugh so hard I almost choke when I think about myself ~

~ My great hope is to laugh as much as I cry; to get my work done and try to love somebody and have the courage to accept the love in return ~

~ A wise woman wishes to be no one's enemy; a wise woman refuses to be anyone's victim ~

~ Nothing will work unless you do ~

~ We allow our ignorance to prevail upon us and make us think we can survive alone, alone in patches, alone in groups, alone in races, even alone in genders ~

~ It's one of the greatest gifts you can give yourself, to forgive. Forgive everybody ~

~ Easy reading is damn hard writing. But if it's right, it's easy. It's the other way round, too. If it's slovenly written, then it's hard to read. It doesn't give the reader what the careful writer can give the reader ~

~ You may not control all the events that happen to you in your life, but you can decide not to be reduced by them. Try to be a rainbow in someones cloud. Do not complain. Make every effort to change things you dont like. If you cannot make a change, change the way you have been thinking. You might find a new solution. Never whine. Whining lets brute know that victim is in the neighbourhood. Be certain that you do not die without having done something wonderful for humanity ~

~ If you're serious, you really understand that it's important that you laugh as much as possible and admit that you're the funniest person you ever met. You have to laugh. Admit that you're funny. Otherwise, you die in solemnity ~

~I do not trust people who don’t love themselves and yet tell me, ‘I love you.’ There is an African saying which is: Be careful when a naked person offers you a shirt ~

~ Love is like a virus. It can happen to anybody at any time ~

~ That's the biggest gift I can give anybody: 'Wake up, be aware of who you are, what you're doing and what you can do to prevent yourself from becoming ill' ~

~ If you find it in your heart to care for somebody else, you will have succeeded ~

~ I know some people might think it odd - unworthy even - for me to have written a cookbook, but I make no apologies. The U.S. poet laureate Billy Collins thought I had demeaned myself by writing poetry for Hallmark Cards, but I am the people's poet so I write for the people ~

~ The most important thing I can tell you about aging is this: If you really feel that you want to have an off-the-shoulder blouse and some big beads and thong sandals and a dirndl skirt and a magnolia in your hair, do it. Even if you're wrinkled ~

~ I could fall in love with a sumo wrestler if he told stories and made me laugh. Obviously, it would be easier if someone was African-American and lived next door and went to the same church. Because then I wouldn't have to translate ~

~ Modesty is a learned affectation. And as soon as life slams the modest person against the wall, that modesty drops ~

~ I agree with Balzac and 19th-century writers, black and white, who say, 'I write for money.' Yes, I think everybody should be paid handsomely; I insist on it, and I pay people who work for me, or with me, handsomely ~

~ I love a Hebrew National hot dog with an ice-cold Corona - no lime. If the phone rings, I won't answer until I'm done ~ 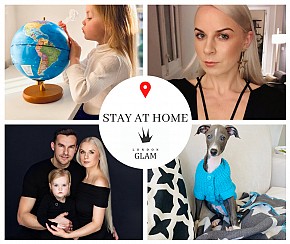 People Social distancing with… makeup artist Ausra Ruksene My life hack tip is… Not reading or listening to the news! I consciously took a decision nearly... 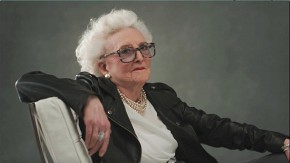 People Relax, Breath & Let Go. Sanctuary Spa urges women to fight against the cult of perfection Modern women feel pressured from every angle to be perfect at home, perfect at work, perfect friends,...