April's shooting stars: when and where to see Lyrid meteor shower in the UK 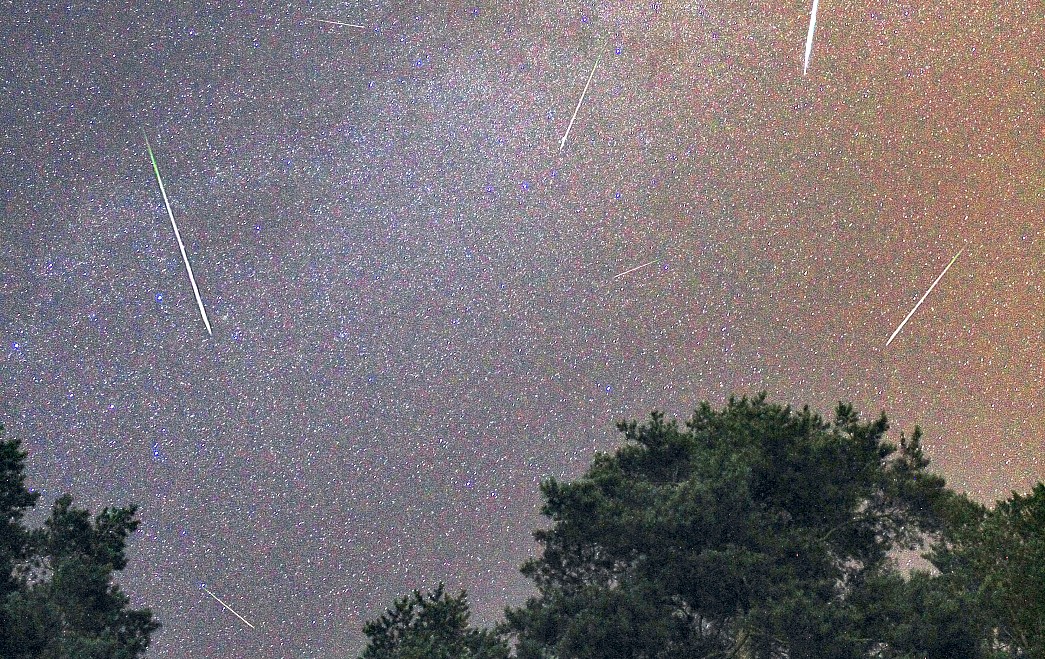 Photo by Prokhor Minin on Unsplash.

The 21 and 22 of April is the peak of a shower of meteors – or shooting stars – known as the Lyrids. Meteors are often called shooting stars, though the bright streaks you see in the sky don't have anything to do with stars. In fact, according to Natural History Museum, what you're wishing on are tiny particles of dust - leftovers from the birth of our solar system - vaporising in Earth's atmosphere.

All the time small pieces of interplanetary debris – meteoroids – burn up in the Earth’s atmosphere. Most of them are very small, around the size of a grain of sand, but they enter the atmosphere at anything from 10 to 70 kilometres each second, or up to 250,000 kilometres an hour.

At this speed even such tiny particles quickly heat up and are destroyed as they run into the air around our planet. The air around them glows briefly as a streak of light, which is then seen as a meteor from the ground.

On any clear night a few random meteors called ‘sporadics’ are visible each hour. But at certain times of year there are also showers of meteors, where activity is enhanced. The second half of April sees the Lyrid meteor shower.

The Lyrids come from the tail of Comet Thatcher, which last came close to the Sun in 1861. This comet takes more than 400 years to complete its orbit, so will next be close to the Earth in the 23rd century.

Like all comets, Thatcher leaves a stream of debris in its wake. When the Earth runs into that material, some of it burns up in our atmosphere – meaning we see more meteors than usual.

The way we intercept the trail of material also means that the meteors appear to come from a point in the sky – the radiant – in the constellation of Lyra, so are called the Lyrids.

What is the Lyrid meteor shower?

According to NASA, The Lyrids, which peak during late April, are one of the oldest known meteor showers: Lyrids have been observed for 2,700 years. (The first recorded sighting of a Lyrid meteor shower goes back to 687 BC by the Chinese.)

The Lyrids are known for their fast and bright meteors, though not as fast or as plentiful as the famous Perseids in August, Lyrids can surprise watchers with as many as 100 meteors seen per hour. Sightings of these heavier showers occurred in 1803 (Virginia), 1922 (Greece), 1945 (Japan), and 1982 (U.S.). In general, 10-20 Lyrid meteors can be seen per hour during their peak.

Lyrids frequently leave glowing dust trains behind them as they streak through the Earth's atmosphere. These trains can be observable for several seconds.

The Lyrids are best viewed in the Northern Hemisphere during the dark hours (after moonset and before dawn). Find an area well away from city or street lights. Come prepared with a sleeping bag, blanket or lawn chair. Lie flat on your back with your feet facing east and look up, taking in as much of the sky as possible. After about 30 minutes in the dark, your eyes will adapt and you will begin to see meteors. Be patient—the show will last until dawn, so you have plenty of time to catch a glimpse. Unfortunately, this year the Lyrids coincides with a gibbous moon. This means you already have to contend with a near-full moon’s worth of stray light. Keeping away from city lights will at least give you a good chance of seeing some meteors.

The best time to see the shower is in the early morning of the peak day, which this year is the morning of the 22 April (the night of the 21 April). Wait until after midnight when the radiant point, in the constellation of Lyra, will have risen in the East.

Observers with a good dark sky might see around 10 Lyrid meteors each hour, on top of the sporadics. The shower tends to produce quite bright meteors, which makes things a bit easier in towns and cities, and there’s also no Moon visible to interfere with the view.

Meteor showers are easy to observe. Unlike many astronomical phenomena, a telescope or pair of binoculars actually make it much harder to see meteors. The best way to watch them is simply with your eyes, as you can see a large area of sky at once.

If you can't escape the lights of the city, or the weather is against you on the night, watch the meteor shower live online with the UK Meteor Network.

Just don't confuse it with Elon Musk's Starlink satellites: they will be visible over the UK this week. How to spot them: https://findstarlink.com/#1529;3.

Where Do Meteors Come From?

Meteors come from leftover comet particles and bits from broken asteroids. When comets come around the sun, they leave a dusty trail behind them. Every year the Earth passes through these debris trails, which allows the bits to collide with our atmosphere where they disintegrate to create fiery and colorful streaks in the sky.

The pieces of space debris that interact with our atmosphere to create the Lyrids originate from comet C/1861 G1 Thatcher. Comet Thatcher was discovered on 5 April 1861 by A. E. Thatcher.

It is actually better to view the Lyrids away from their radiant: They will appear longer and more spectacular from this perspective. If you do look directly at the radiant, you will find that the meteors will be short—this is an effect of perspective called foreshortening.

More information on the Lyrids from the International Meteor Organisation.